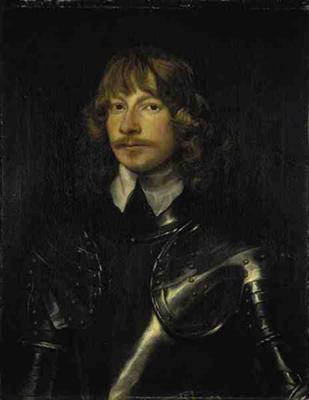 From Scotland’s shores so rich and green from out of histories page,
A cry of Freedom echoes down through glens and island hills,
A Bruce, A Bruce, the call rings out as histories pages do pen,
For Robert won the crown that day! And Scotland’s freedom too!

The Bonnie Prince who would be king, we all do ken him well,
The Skye boat song brings us to tears, as Charlie leaves our shores!
William Wallace! Aye, we all do ken; his name inspires all Scotts,
Macgregor too, yes auld Rob Roy, a legend through and through.

But who say I kens young Montrose? Who his deeds retell?
The young Montrose, the dashing blade, seems lost to histories halls,
The gallant soldier, braw young lad with his long flowing locks,
The Marquis of Montrose I say, a poet-warrior without par.

Schooled in Europe’s greatest schools, adept with sword and pen,
A gallant blade the girls did love, a man of devout faith,
A quick keen mind, an honest man, a courtier not corrupt,
He visited King Charles’ court disliking what he saw.

He had strong faith and followed true, no matter what the cost,
Montrose inspired loyalty as he led his troops to fight,
Fear, did not this soldier show as battles he did win,
Whatever came his way he met, his faith a bulwark strong.

The Solemn League and Covenant, Montrose would not confirm,
And so King Charles appointed him, Lieutenant Governor.
Raised he an army for King Charles; Alasdair MacColla joined his ranks,
Victory won in Tippermuir defeating Lord Elcho.

Clan Cameron came with Ogilvy, Robertson and Douglas too,
And from the buts and bens up north; the highland clans did march,
From the Isles they came to lend a sword, to answer Montrose’s call,
They stood against the Covenant and fought for auld King Charles.

To the Campbells then at Inverlochly, he dealt a deadly blow,
Colonel Hurry next at Auldearn, then Baillie at Alford,
Argyll then led an army vast to meet and slay Montrose,
Outside Kilsyth they met and fought, Montrose did win once more.

Scotland now was his to rule, though for a shortened time,
The Estates raised an army strong, David Leslie leading them,
Heading north to meet Montrose, at Philliphaugh they fought,
Leslie won that bloody frae, the Royalists massacred.

Montrose’s forces were too small, as many had gone home,
Their shielings and their highland homes had need of them right then,
But in those misty foggy fields, MacColla stood with him,
His Irish forces died that day, no mercy shown them.

No quarter given, hunted down, the wounded all were hanged,
Montrose escaped King Charles surrendered - into exile Montrose left,
Unto France’s shores our hero went - Europe’s courts received him well,
The rank Field Marshall given him, by Emperor Ferdinand III.

Throughout Europe’s lands Montrose was praised, he traveled far and wide,
Germany, Poland, and Scandinavia too all clamoured to meet him,
His military powers, his fine keen mind, they all spoke well of him,
And his fine looks brought many a girl, too ooh and ah at him.

After King Charles’ death we then do hear, Montrose life began to change,
Returning back to Scottish shores, young Charles to install king,
A treacherous blackguard, Neil MacLeod - the laird of Assynt,
Betrayed Montrose while in his house, in chains they dragged him off.

A traitor now Montrose was called, they hung and quartered him,
Gracious to the end he was as the crowd to tears he moved,
His head was fixed upon a spike, at Edinburgh’s Tollbooth,
His body parts were scattered wide, a warning to all men.

Thus died the Marquis of Montrose, general and poet too,
James Graham died just thirty-eight but yet his name lives on,
In Europe they did weep it’s said, when news was brought to them,
Kings and emperors, courtly maids, they all did shed a tear.

A man of faults like any man, yet loyal to his king,
He never asked a man to do what he himself would not,
His manner even on the field, a gentleman remained,
A strategist beyond compare James Graham of Montrose.

His words of poetry so fine still bring to many a tear,
While awaiting death he wrote a poem inscribed upon his tomb,
To St Giles church his body brought when young Charles became the king
There a resting place he found, The Marquis of Montrose.