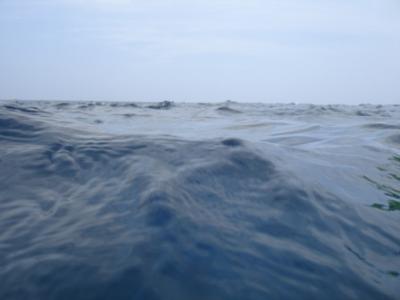 Feel the wind that blew that day, tugging at my hair
Salty smell, ah fresh sea air, I filled my lungs anew
Old Barny puffed upon his pipe, ancient relics both
The pungent smoke spiralled around into the morning sky

The gulls they sang as ever did and followed in our wake
The early morning sky looked gray, as we bobbed up and down
Uig now we left behind the Minch roared rough ahead
To Uist we were bound today, my sweetheart waited there

I’d worked the shipyards many a year, in Glasgow’s smoky reek
Renfrew docks these past ten years, I slaved my life away
My pockets filled, I now came home for Morag I would wed
We’d buy a shieling and a boat and wedded we would be

I smiled as we rocked too and fro, I tasted salty air
I hummed a tune I’d often done, since on my mother’s knee
I sat upon some old coiled ropes, young Bob and Rab worked hard
I was a passenger not them, I eyed the darkening sky

Another hour I reckoned so, before we reach the shore
Lochmaddy, aye a braw wee place, I knew she’d meet me there
The old horse cart would be all clean, old Lachie he would drive
Then off the Sollas we would head, her father’s place to stay

The cold sea spray felt good to me, as in the bow I sat
Yet troubled were my thoughts within as to the sky I looked
Yon clouds were boding a bad storm, and we had long to go
Still Rab and Barny calm they seemed as busy they did keep

While up and down we rose and fell, across the wide wild sea
I squinted at the lowering sky while rolling a cigarette
I struck a match I took a drag, I exhaled with a sigh
I watched the crisp blue sea leap up I felt the frothy spray

I saw pictured there within my mind, Morag her heart a beat
These past ten years, I’d sold my soul to stake our future life
A few good sheep, a horse as well, a boat to fish the sea
A right wee tidy sum I had to bring my bride to be

I thought upon her deep red hair, her skin as white as snow
Her lips like cherries ripe and fresh, her mesmerizing eyes
So green and deep just like the sea they sparkled in the sun
I pictured clear our life to be, our shieling and our kids

I longed to hold her in my arms so long since last we’d met
My daydreams took a swift retreat, the storm now broke and how
The winds blew wild, the rain was cruel, the waves like giants roared
Our boat so small was tossed around and thrown in the air

‘I see the Blue Men’ Barny yelled with ashen face so pale
‘They’re waiting in the ocean deep, they’re calling out our name’
I saw the fear in Bob and Rab, their eyes and trembling lips
‘We’re doomed’ cried Bob ‘we’re doomed I say’ and Rab began to weep

‘Hold on’ I cried ‘tis not all lost, ‘tis only half a mile’
‘We’ll make it yet do not give up. We’ll beat them yet by God’
‘Hold fast the tiller, set the course, and strike into the wind’
We rose upon the towering swells and broke on through the waves

A glimpse of hope I saw in them, a ray of faith ignite
No demons of the deep blue sea, no fallen angels foul
No creatures from the underworld, would claim our lives today
On and on we cleaved a path into the dark green sea

A yell of hope, Rab shouted loud, the shore we now could see
But then it came, a towering wave just like the Coolin Hills
It cashed on us and we capsized beneath its giant hand
Barny, Rab and Bob dragged down, to watery doom below

Yet on I struggled, on and on, I fought for life and limb
The cold dark claws of death I felt, as numb my limbs became
The sea was clutching tight on me, I heard the Blue Men call
But then sweet Morag’s eyes I saw and love did burn within

Five hundred yard or maybe more, I’d swum as much before
But not like this, in rough wild storm, yet I would not give up
The wild Minch it laughed at me, such puny efforts seemed
Against the powers of the sea what good would err I do

The Blue men swam around and round like demon angels they
Seeking all who crossed the sea claiming untold lives
Yet on I fought and on I swam, such strength I know not where
I saw my love’s sweet face appear, an angel she was like

Urging on and on she was, as closer I did come
Then towering up like a blue man, a wave caught me in its grasp
It threw me like an old rag doll some hundred yards or more
The Blue Man smiled, I heard him gloat, I sank beneath the seas

My dreams of children and of love, my shieling and my boat
Dashed they were just like the boat, sank beneath the sea
As neath the velvet coloured sea I slowly was dragged down
My tears joined the salty sea I saw death standing near

But then I saw sweet Morag standing there upon the sunny shore
I saw the winds blow through her hair I felt her warm embrace
‘Twas then I heard a voice so strong, ‘Hold out your arm, hold out’
A ray of hope had broken through I saw a fishing boat

Returning home caught in the storm, they came across me now
They threw a net, I grasped a hold they dragged me to the boat
But twenty minutes passed afore on Uist’s shore I stood
My money gone, my future hopes, poor Barny and his crew

Yet here within sweet Morag’s arms I find myself embraced
I cling to her I cry I weep within her tender arms
My life was spared though all I’d lost, an answer to her prayers
So wed we would though poor we’d be, for love had brought me home