They Walked All The Way From Glasgow © 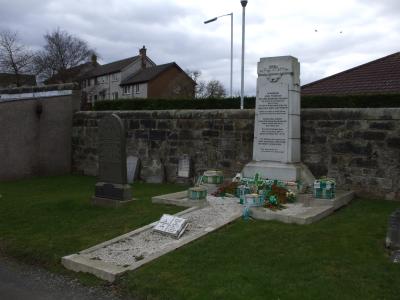 A keeper of goal was John Thomson
In his prime with the utmost respect,
This challenge he made was fatal
His goal he was trying to protect.
For a handful of leather not hitting the net,
The young still listen and never forget.
An Old Firm game in bygone time,
He died defending his line.

The game of football was physically stunned,
His club and his country did mourn.
Some walked all the way from Glasgow,
To Fifeshire where he was born.
A journey for John’s courageous save,
For a hand full of leather an early grave.

They buried John Thomson in his native land
Musicians from the Bowhill Pipe and the Silver Band,
Led the procession that day
Through the crowded streets they made their way.
They came from afar and they stood there in awe
They looked at the sky
They stared at the floor,
The year was 1931
But his story never grows old,
Each generation hears of the sad tale
Every day a new listener is told.

Near Cardenden lies a religious brave man,
His courage merits this praise.
This mining community witnessed the grief,
One of footballs tragic sad days.

Edited by May
Robbie has written some other fabulous poems about Fife - some of which are on this site. But do check out his own site RKB Poetry